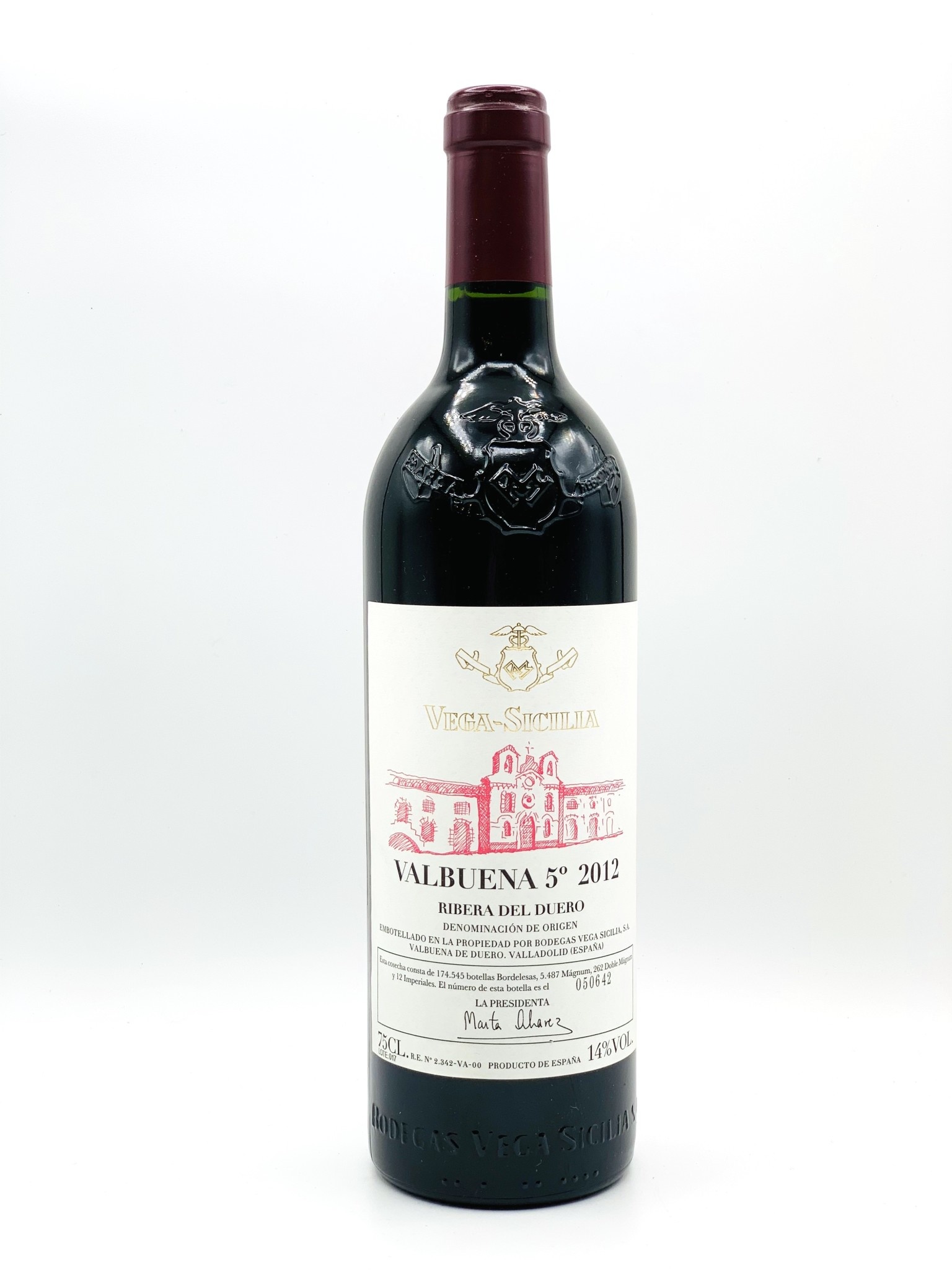 Description: Valbuena, is the purest expression of the Tinto Fino (Tempranillo) in Vega Sicilia. Tinto Fino is clearly the predominant varietal in the assemblage of the varieties that make up this magnificent wine. The other varietal used is Merlot, which is added to a greater or lesser extent depending on the vintage. Fermentation is processed at a controlled temperature with native yeast in barrel.

After fermentation, it is aged for five years; a combination of in wood and in bottle, which is why it is called Valbuena 5º. French and American wood, new and used 225-litre barrels, 20,000 liter vats, a long and complex process for a great wine.

"The 2015 Valbuena, a red blend of mostly Tempranillo with some 5% Merlot, is released in the fifth year after the harvest. It's explosive and showy, with a complex nose that shows a mixture of flowers and wild herbs, balsamic touches and great nuance. This wine has gained in complexity since the 2010 vintage, where they implemented some changes that increased the expressivity and precision of this wine. The tannins are fine-grained and there is very good balance, and the warm conditions of the year have been absorbed well by the wine. Despite the natural conditions of the year, the wine follows the path of freshness of the 2010." - LG, Wine Advocate 96pts.