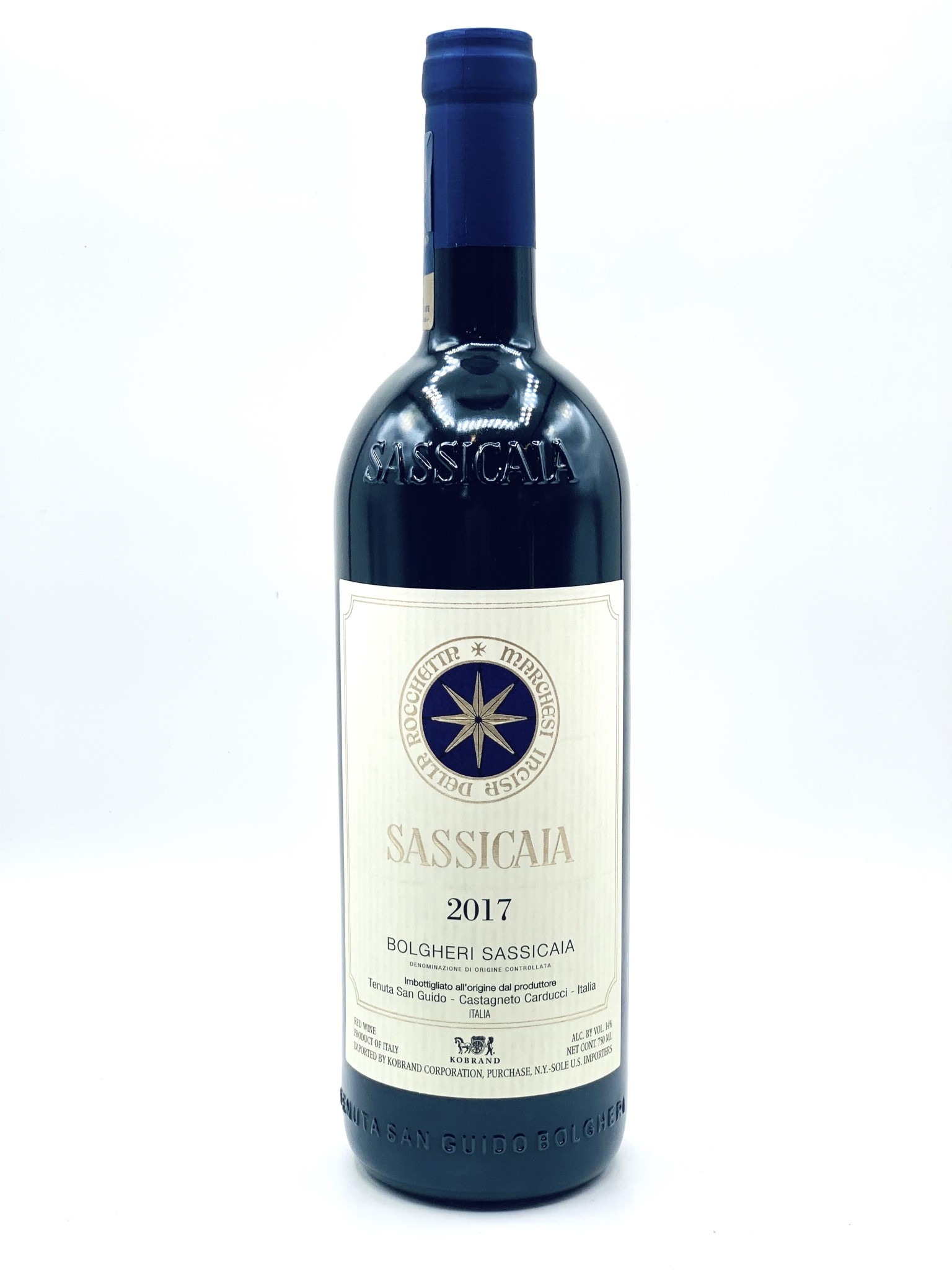 Description: In the 1920's Marchese Mario Incisa della Rocchetta dreamed of creating a ‘thoroughbred’ wine for all the aristocracts of the time, the ideal was Bordeaux. This is how he described it in a letter to the esteemed wine critic, Luigi Veronelli dated 11 June 1974:

“…the origins of my experiment date back to the years between 1921 and 1925 when, as a student in Pisa and often a guest of the Salviati Dukes in Migliarino, I drank a wine produced from one of their vineyards…which had the same unmistakable “bouquet” as an aged Bordeaux….” This experiment was about finding the right soil, elevation, and sun exposure to make wines similar to Bordeaux. After years of research and development, in 1968 the first Super-Tuscan was born.

2017 vintage was considered a tough year to make great wine for many. However, all the wine critics will agree that 2017 showed just how important a winemaker has to be to make a fabulous wine. "The 2017 Sassicaia is a fascinating wine that symbolizes a never-ending tug-of-war between vintner and vintage. The question is who comes out on top? In this case, my money is on the vintner.....Vintners with experience such as that amassed at Tenuta San Guido knew exactly how to handle the tricky 2017 growing season..." - Monica Larner, Wine Advocate.